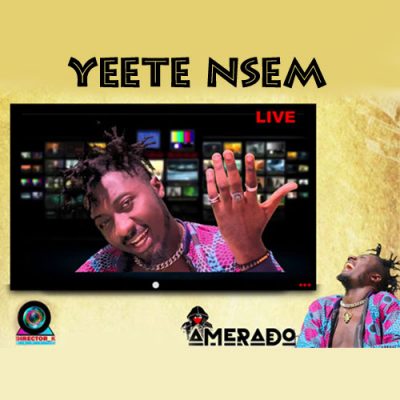 On Tuesday, 19th May, 2020, the mic burner rapper and singer dropped an intro for his hit series ‘Yeete nsem’. On the following Friday, 22nd May 2020, the first episode for the music series was released.

‘Yeete Nsem’ which is a Ghanaian Language literally means ‘we are hearing news’. On this music series, Amerado burner presented news how he knew best; through rap music and sometimes raggae dancehall, afropop and other genres. He used this as a medium to showcase his talent to Ghana and rest of the world.

Yeete nsem covered all the trending news within the week in one package which was released to music and rap fans on every Friday.

The music series became the talk of town some few weeks later. Most music fans became addicted to this music series to the extent that the absence of it meant that weekends will be boring for some of us.

It became very popular to the extent of getting some companies to advertise on it including Vodafone Ghana. Most musicians including Sarkodie commended him for a good work done on the music series.

Episode 38 was the last episode of Yeete nsem which was released about a month ago. According to him, he has paused Yeete nsem so as to be able to promote his most recent hit, ‘he ho y3’ which means ‘I’m fine’.

The main question that borders most of the fans of the hit series is ”if yeete nsem will come back and when?”. This is a question that only Amerado can answer.

Currently, Amerado has been nominated and hopes to win the the best rapper and digital act of the year for the Vodafone Ghana Music Awards 2021 both of which ‘yeete nsem’ will play a significant role. 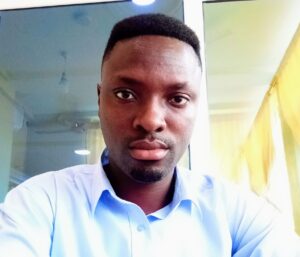